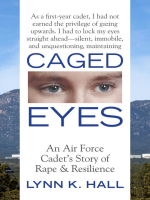 Description
An insider's account of misogyny and rape in the US military and her extraordinary path to recovery and activism
Desperate to realize her childhood dream of being an astronaut, Lynn K. Hall was an enthusiastic young cadet. For Hall, the military offered an escape from her chaotic home—her erratic mother, absent biological father, and a man she called "dad" who sexually abused her. Resolute and committed to the Air Force Academy, Hall survived the ordeals of a first-year cadet: intense hazing from upperclassmen, grueling physical training, and demanding coursework. But she's dismissed from the Academy when, after being raped by an upperclassman and contracting herpes, she is diagnosed with meningitis and left with chronic and debilitating pain.
Betrayed by the Academy and overcome with shame, Hall candidly recounts her loss of self, the dissociation from her body and the forfeiture of her individuality as a result of the military's demands and her perpetrator's abuse. Forced to leave the military and return to the civilian world, Hall turns to extreme sports to cope with and overcome PTSD and chronic pain. She, in turn, reclaims herself on the mountain trails of the Colorado Rockies.
An intimate account of grappling with shame and a misogynistic culture that condones rape and blames victims, Caged Eyes is also a transformative story of how it's possible to help yourself and others in the aftermath of a profound injustice.
Also in This Series

Note! Citation formats are based on standards as of July 2010. Citations contain only title, author, edition, publisher, and year published. Citations should be used as a guideline and should be double checked for accuracy.
Copy Details
Staff View
Grouped Work ID:
47e950db-21b9-c8a0-ca94-52ae0cbf7bf6
Go To Grouped Work 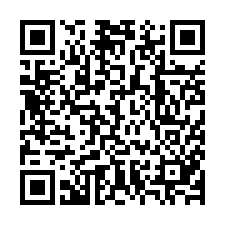