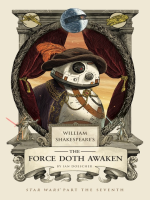 Description
Experience the Star Wars saga reimagined as an Elizabethan drama penned by William Shakespeare himself, complete with authentic meter and verse, and theatrical monologues and dialogue by everyone from Rey to Chewbacca.
As the noble Resistance clashes with the vile First Order, Rey, Finn, Poe Dameron, Kylo Ren, and BB-8 are pulled into a galaxy-wide drama. The romance of Han Solo and Leia Organa takes a tragic turn that Shakespeare would approve of.
Authentic meter, stage directions, reimagined movie scenes and dialogue, and hidden Easter eggs throughout will entertain and impress fans of Star Wars and Shakespeare alike. Every scene and character from the film appears in the play, along with twenty woodcut-style illustrations that depict an Elizabethan version of the Star Wars galaxy.
Also in This Series

Note! Citation formats are based on standards as of July 2022. Citations contain only title, author, edition, publisher, and year published. Citations should be used as a guideline and should be double checked for accuracy.
Copy Details
Staff View
Grouped Work ID:
770e0758-907b-ef67-9b28-9dbb6d7770e9
Go To Grouped Work 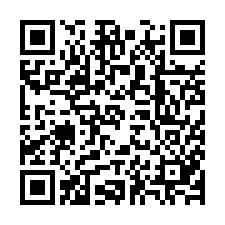