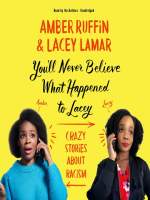 Description
Writer and performer on Late Night with Seth Meyers Amber Ruffin writes with her sister Lacey Lamar with humor and heart to share absurd anecdotes about everyday experiences of racism.
Now a writer and performer on Late Night with Seth Meyers and host of The Amber Ruffin Show, Amber Ruffin lives in New York, where she is no one's First Black Friend and everyone is, as she puts it, "stark raving normal." But Amber's sister Lacey? She's still living in their home state of Nebraska, and trust us, you'll never believe what happened to Lacey.
From racist donut shops to strangers putting their whole hand in her hair, from being mistaken for a prostitute to being mistaken for Harriet Tubman, Lacey is a lightning rod for hilariously ridiculous yet all-too-real anecdotes. She's the perfect mix of polite, beautiful, petite, and Black that apparently makes people think "I can say whatever I want to this woman." And now, Amber and Lacey share these entertainingly horrifying stories through their laugh-out-loud sisterly banter. Painfully relatable or shockingly eye-opening (depending on how often you have personally been followed by security at department stores), this book tackles modern-day racism with the perfect balance of levity and gravity.
Also in This Series 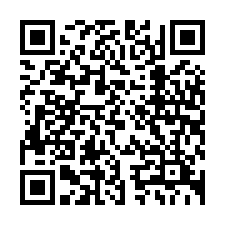