Catalog Into the Fire »  Books » 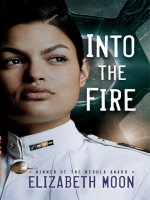 Description
In this new military sci-fi thriller from the Nebula Award–winning author of Cold Welcome, Admiral Kylara Vatta is back—with a vengeance.
Ky beats sabotage, betrayal, and the unforgiving elements to lead a ragtag group of crash survivors to safety on a remote arctic island. And she cheats death after uncovering secrets someone is hell-bent on protecting. But the worst is far from over when Ky discovers the headquarters of a vast conspiracy against her family and the heart of the planet’s government itself.
With their base of operations breached, the plotters have no choice but to gamble everything on an audacious throw of the dice. Even so, the odds are stacked against Ky. When her official report on the crash and its aftermath goes missing—along with the men and women she rescued—Ky realizes that her mysterious enemies are more powerful and dangerous than she imagined.
Now, targeted by faceless assassins, Ky and her family—along with her fiancé, Rafe—must battle to reclaim the upper hand and unmask the lethal cabal closing in on them with murderous intent.
Praise for Into the Fire
“[Elizabeth] Moon’s powerful female characters send the unmistakable message that whatever men try to do, these women can do much, much better.”—Publishers Weekly
“Intrigue and great action scenes, along with punchy dialogue.”—SFRevu
Also in This Series

Note! Citation formats are based on standards as of July 2022. Citations contain only title, author, edition, publisher, and year published. Citations should be used as a guideline and should be double checked for accuracy.
Copy Details
Staff View
Grouped Work ID:
e720547c-5ab9-fa50-ca8a-1aff93aa0e87
Go To Grouped Work 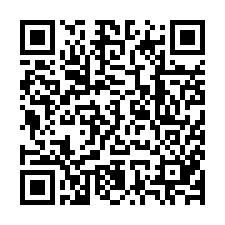