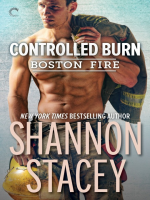 Description
"Stacey's engaging novel is pure comfort food...deeply satisfying." —Publishers Weekly on Controlled BurnFrom New York Times bestselling author SHANNON STACEYMeet the tough, dedicated men of BOSTON FIRE—and the women who turn their lives upside downRick Gullotti lives the good life. He fights fires, dates beautiful women—though none long enough so they cast wistful glances at jewelry stores—and has great friends. And thanks to helping out the elderly couple who own his building, his rent is low. But when concerns about their health lead him to contact their only son, his life starts getting away from him.Jessica Broussard has no interest in leaving sunny San Diego or her cushy corner office for Boston, but her father—who happens to be her boss—dispatches her to deal with the grandparents she's never met. She's unprepared for the frigid winter, loving relatives who aren't the monsters she's been led to believe, and the hot, scruffy firefighter who lives upstairs.At first, Jessica is determined to get back to her comfortable life as quickly as possible. All she has to do is talk her grandparents into selling their monstrosity of a house and moving to a retirement community. But she underestimates Rick's dedication—and his considerable charm. Nobody's taking advantage of his friends on his watch, even if that makes the tempting southern California girl with the long legs his adversary. Unfortunately for them both, the only thing more urgent than the matter at hand is their sizzling chemistry, and it's quickly becoming too strong to resist.Don't miss the entire Boston Fire series by Shannon Stacey! Heat Exchange, Fully Ignited and Hot Response are available now!
Also in This Series

Note! Citation formats are based on standards as of July 2010. Citations contain only title, author, edition, publisher, and year published. Citations should be used as a guideline and should be double checked for accuracy.
Copy Details
Staff View
Grouped Work ID:
55c55ce0-c433-218c-3f2a-3d864f474061
Go To Grouped Work 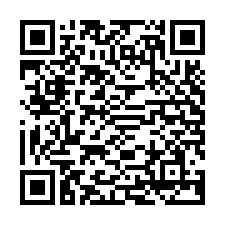