Catalog How the Soldier Repairs the... »  Books » 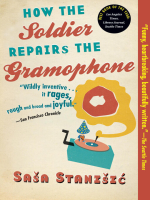 Description
"A brilliant debut novel" about a young Bosnian War refugee who finds the secret to survival in language and stories (Los Angeles Times).

For Aleksandar Krsmanović, Grandpa Slavko's stories endow life in Višegrad with a kaleidoscopic brilliance. Neighbors, friends, and family past and present take on a mythic quality; the River Drina courses through town like the pulse of life itself. So when his grandfather dies suddenly, Aleksandar promises to carry on the tradition. But then soldiers invade Višegrad—a town previously unconscious of racial and religious divides—and it's no longer important that Aleksandar is the best magician in the nonaligned states; suddenly it is important to have the right last name and to convince the soldiers that Asija, the Muslim girl who turns up in his apartment building, is his sister.

Alive with the magic of childhood, the surreality of war and exile, and the power of language, every page of this glittering novel thrums with the joy of storytelling.

"A funny, heartbreaking, beautifully written novel." —The Seattle Times
Also in This Series

Sasa Stanisic. (2009). How the Soldier Repairs the Gramophone. Grove Atlantic.

Sasa Stanisic. 2009. How the Soldier Repairs the Gramophone. Grove Atlantic.

Sasa Stanisic, How the Soldier Repairs the Gramophone. Grove Atlantic, 2009.

Note! Citation formats are based on standards as of July 2010. Citations contain only title, author, edition, publisher, and year published. Citations should be used as a guideline and should be double checked for accuracy.
Copy Details
Staff View
Grouped Work ID:
a7cd533e-08a5-3893-4d7d-bb5858b146de
Go To Grouped Work 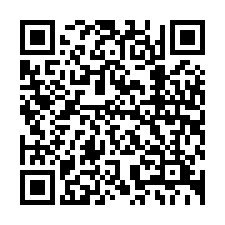