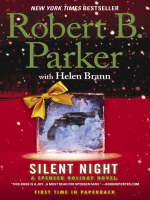 Description
A special gift for the holiday season—a rumination on Christmas as conceived by Robert B. Parker.“Brann does a seamless job…Diehard Parker fans will be delighted.” —Publishers WeeklyIt’s December in Boston, and Spenser is busy planning the menu for Christmas dinner when he’s confronted in his office by a young boy named Slide. Homeless and alone, Slide has found refuge with an organization named Street Business, which gives shelter and seeks job opportunities for the homeless and lost. Slide’s mentor, Jackie Alvarez, is being threatened, and Street Business is in danger of losing its tenuous foothold in the community, turning Slide and many others like him back on the street. But it’s not a simple case of intimidation—Spenser, aided by Hawk, finds a trail that leads to a dangerous drug kingpin, whose hold on the at-risk community Street Business serves threatens not just the boys’ safety and security, but their lives as well. Unfinished at the time of his death, Silent Night was completed by Parker’s longtime agent, whose decades-long association with Parker’s work gives her unique insight and perspective to his voice and storytelling style. Her contribution also speaks volumes about their enduring friendship.
Also in This Series

Note! Citation formats are based on standards as of July 2010. Citations contain only title, author, edition, publisher, and year published. Citations should be used as a guideline and should be double checked for accuracy.
Copy Details
Staff View
Grouped Work ID:
9601d090-b64b-b20d-de50-b5a1e21d268a
Go To Grouped Work 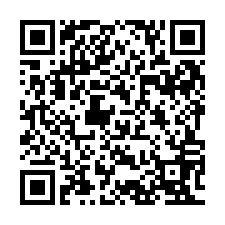