Catalog The Other Americans »  eBook »

The Other Americans: A Novel
(OverDrive MP3 Audiobook, OverDrive Listen) 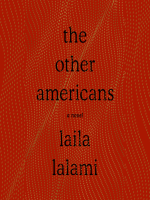 Description
Finalist for the National Book Award in FictionFinalist for the Kirkus Prize in FictionWinner of the Arab American Book Award in FictionNamed a Best Book of the Year by Time, the Washington Post, BookPage, NPR, the Guardian, Variety, New York Public Library, Minneapolis Star Tribune, Dallas Morning News, and Kirkus Reviews. From the Pulitzer Prize finalist and author of The Moor’s Account, here is a timely and powerful novel about the suspicious death of a Moroccan immigrant—at once a family saga, a murder mystery, and a love story, informed by the treacherous fault lines of American culture. Late one spring night, Driss Guerraoui, a Moroccan immigrant living in California, is walking across a darkened intersection when he is killed by a speeding car. The repercussions of his death bring together a diverse cast of characters: Guerraoui’s daughter Nora, a jazz composer who returns to the small town in the Mojave she thought she'd left for good; his widow, Maryam, who still pines after her life in the old country; Efraín, an undocumented witness whose fear of deportation prevents him from coming forward; Jeremy, an old friend of Nora's and an Iraq War veteran; Coleman, a detective who is slowly discovering her son's secrets; Anderson, a neighbor trying to reconnect with his family; and the murdered man himself. As the characters—deeply divided by race, religion, and class—tell their stories, connections among them emerge, even as Driss’s family confronts its secrets, a town faces its hypocrisies, and love, messy and unpredictable, is born.
Also in This Series

Note! Citation formats are based on standards as of July 2010. Citations contain only title, author, edition, publisher, and year published. Citations should be used as a guideline and should be double checked for accuracy.
Copy Details
Staff View
Grouped Work ID:
00a440b8-e9dc-8911-1ed2-91ba8d1cf7f3
Go To Grouped Work 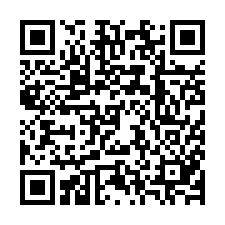