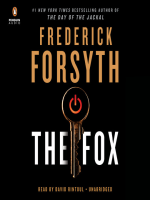 Description
The #1 New York Times-bestselling master of international intrigue takes readers into the bleeding-edge world of technological espionage in a propulsive thriller that feels chillingly real.
Former chief of the British Secret Intelligence Service Adrian Weston is awoken in the middle of the night by a phone call from the Prime Minister. Her news is shocking: the Pentagon, the NSA, and the CIA have been hacked simultaneously, their seemingly impenetrable firewalls breached by an unknown enemy known only as "The Fox." Even more surprisingly, the culprit is revealed to be a young British teenager, Luke Jennings. He has no agenda, no secrets, just a blisteringly brilliant mind. Extradition to the U.S. seems likely—until Weston has another idea: If Luke can do this to us, what can he do to our enemies?
After conferring with both the American President and the Prime Minister, Weston is determined to use "The Fox" and his talents to the advantage of the two nations. But doing so places the boy on a geopolitical minefield. Adrian must stay one step ahead of multiple invisible enemies, all while finding a way to utilize the most powerful—and most unpredictable—weapon of all.
With his trademark research and deep knowledge of the rules and practices of international intrigue, Forsyth takes on tomorrow's threats in this race-against-the-clock thriller.
Also in This Series

Note! Citation formats are based on standards as of July 2022. Citations contain only title, author, edition, publisher, and year published. Citations should be used as a guideline and should be double checked for accuracy.
Copy Details
Staff View
Grouped Work ID:
647050ba-2344-5fa1-3079-8c48ebdf9350
Go To Grouped Work 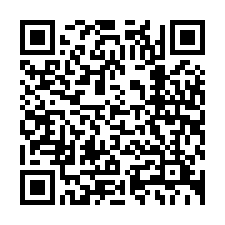