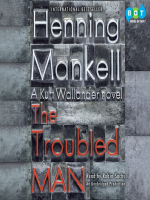 Description
The much-anticipated return of Henning Mankell's brilliant, brooding detective, Kurt Wallander.On a winter day in 2008, Håkan von Enke, a retired high-ranking naval officer, vanishes during his daily walk in a forest near Stockholm. The investigation into his disappearance falls under the jurisdiction of the Stockholm police. It has nothing to do with Wallander—officially. But von Enke is his daughter's future father-in-law. And so, with his inimitable disregard for normal procedure, Wallander is soon interfering in matters that are not his responsibility, making promises he won't keep, telling lies when it suits him—and getting results. But the results hint at elaborate Cold War espionage activities that seem inextricably confounding, even to Wallander, who, in any case, is troubled in more personal ways as well. Negligent of his health, he's become convinced that, having turned sixty, he is on the threshold of senility. Desperate to live up to the hope that a new granddaughter represents, he is continually haunted by his past. And looking toward the future with profound uncertainty, he will have no choice but to come face-to-face with his most intractable adversary: himself.From the Hardcover edition.
Also in This Series

Note! Citation formats are based on standards as of July 2010. Citations contain only title, author, edition, publisher, and year published. Citations should be used as a guideline and should be double checked for accuracy.
Copy Details
Staff View
Grouped Work ID:
7ab752ad-8627-ca91-9eab-304e077bc344
Go To Grouped Work 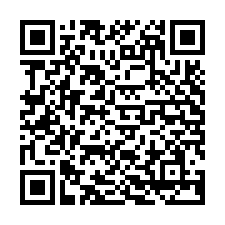