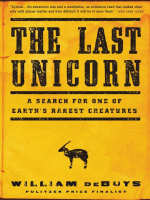 Description
An award-winning author's quest to find and understand a creature as rare and enigmatic as any on EarthIn 1992, in a remote mountain range, a team of scientists discovered the remains of an unusual animal with exquisite long horns. It turned out to be a living species new to Western science—a saola, the first large land mammal discovered in fifty years.Rare then and rarer now, a live saola had never been glimpsed by a Westerner in the wild when Pulitzer Prize finalist and nature writer William deBuys and conservation biologist William Robichaud set off to search for it in central Laos. Their team endured a punishing trek up and down white-water rivers and through mountainous terrain ribboned with the snare lines of armed poachers who roamed the forest, stripping it of wildlife. In the tradition of Bruce Chatwin, Colin Thubron, and Peter Matthiessen, The Last Unicorn chronicles deBuys's journey deep into one of the world's most remote places. It's a story rich with the joys and sorrows of an expedition into undiscovered country, pursuing a species as rare and elusive as the fabled unicorn. As is true with the quest for the unicorn, in the end the expedition becomes a search for something more: the essence of wildness in nature, evidence that the soul of a place can endure, and the transformative power of natural beauty.
Also in This Series

William deBuys. (2015). The Last Unicorn: A Search for One of Earth's Rarest Creatures. Little, Brown and Company.

William deBuys. 2015. The Last Unicorn: A Search for One of Earth's Rarest Creatures. Little, Brown and Company.

William deBuys, The Last Unicorn: A Search for One of Earth's Rarest Creatures. Little, Brown and Company, 2015.

William deBuys. The Last Unicorn: A Search for One of Earth's Rarest Creatures. Little, Brown and Company, 2015. Web.

Note! Citation formats are based on standards as of July 2010. Citations contain only title, author, edition, publisher, and year published. Citations should be used as a guideline and should be double checked for accuracy.
Copy Details
Staff View
Grouped Work ID:
2a5b9541-46bf-da63-32ab-4b5516be3d7f
Go To Grouped Work 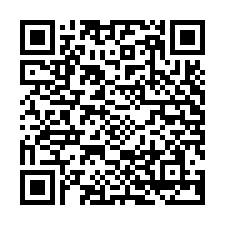