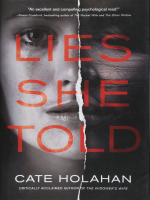 Description
A BOOK OF THE MONTH CLUB SELECTION
From the USA Today–bestselling author of The Widower’s Wife comes an electrifying psychological thriller of love and deceit, where the truth can be darker than fiction
Liza Cole, a once-successful novelist whose career has seen better days, has one month to write the thriller that could land her back on the bestseller list. Meanwhile, she’s struggling to start a family, but her husband is distracted by the disappearance of his best friend, Nick. As stresses weigh her down in her professional and personal lives, Liza escapes into writing the chilling exploits of her latest heroine, Beth.
Beth, a new mother, suspects her husband is cheating on her while she’s home caring for their newborn. Angry and betrayed, she aims to catch him in the act and make him pay for shattering the illusion of their perfect life. But before she realizes what she’s doing, she’s tossing the body of her husband’s mistress into the East River.
Then, the lines between Liza’s fiction and her reality eerily blur. Nick’s body is dragged from the East River, and Liza’s husband is arrested for his murder. Before her deadline is up, Liza will have to face up to the truths about the people around her, including her own. If she doesn’t, the end of her heroine’s story could be the end of her own.
“Recommended for anyone who enjoys Paula Hawkins or Gillian Flynn, primarily because it’s better.” —Library Journal
Also in This Series

Note! Citation formats are based on standards as of July 2022. Citations contain only title, author, edition, publisher, and year published. Citations should be used as a guideline and should be double checked for accuracy.
Copy Details
Staff View
Grouped Work ID:
bb42aff8-6844-d24b-4f94-9264ac578d9a
Go To Grouped Work 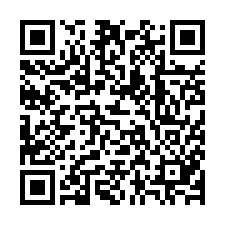