Description
S. is the story of Sarah P. Worth, a thoroughly modern spiritual seeker who has become enamored of a Hindu mystic called the Arhat. A native New Englander, she goes west to join his ashram in Arizona, and there struggles alongside fellow sannyasins (pilgrims) in the difficult attempt to subdue ego and achieve moksha (salvation, release from illusion). "S." details her adventures in letters and tapes dispatched to her husband, her daughter, her brother, her dentist, her hairdresser, and her psychiatrist—messages cleverly designed to keep her old world in order while she is creating for herself a new one. This is Hester Prynne's side of the triangle described by Hawthorne's Scarlet Letter; it is also a burlesque of the quest for enlightenment, and an affectionate meditation on American womanhood.
Also in This Series

Note! Citation formats are based on standards as of July 2010. Citations contain only title, author, edition, publisher, and year published. Citations should be used as a guideline and should be double checked for accuracy.
Copy Details
Staff View
Grouped Work ID:
285cc47c-852b-93ae-fec0-f5276ddc0ad6
Go To Grouped Work 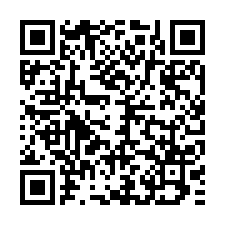