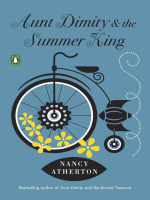 Description
Cozy mystery lovers' favorite paranormal sleuth is back with her twentieth otherworldly adventureIt's June, the roses are in bloom, and the small English village of Finch may be in big trouble. Two cottages are for sale, but something—or someone—is driving buyers away. Has a developer targeted Finch? Will property values skyrocket? Will a wave of wealthy weekenders drive out the longtime locals?Lori Shepherd has a lot on her plate—a brand-new baby daughter, her father-in-law's impending nuptials, and a visit from her dreaded aunts-in-law—but she refuses to stand back and watch while big money destroys her beloved village. Lori suspects that a local real estate agent is illicitly lining her pockets at Finch's expense, but before she can prove it, she's sidetracked by a chance encounter with an eccentric inventor. Arthur Hargreaves, dubbed the Summer King by his quirky family, is as warmhearted as the summer sun. In his presence, Lori forgets her troubles—and Finch's. Lori snaps out of her happy trance when a series of unsettling discoveries shakes her faith in Arthur Hargreaves. She stumbles across a detailed map of Finch in Hillfont Abbey. An ancient feud between Finch and the Hargreaves family comes to light. Arthur appears to be making secret deals with the shady realtor. Is the Summer King as kind as he seems?With Aunt Dimity's otherworldly help—and her new baby girl in her arms—Lori mounts a crusade to save her village from the Summer King's scorching greed.Look out for Aunt Dimity and the Buried Treasure, the next in the series, coming from Viking on May 24, 2016. From the Hardcover edition.
Also in This Series

Note! Citation formats are based on standards as of July 2010. Citations contain only title, author, edition, publisher, and year published. Citations should be used as a guideline and should be double checked for accuracy.
Copy Details
Staff View
Grouped Work ID:
0b14c210-79bd-3e7c-a045-63735ca9fc30
Go To Grouped Work 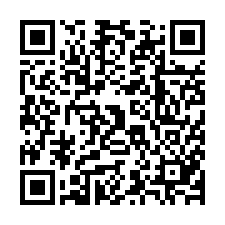