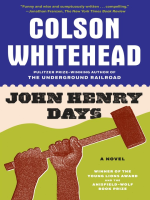 Description
From the #1 New York Times bestselling author of The Underground RailroadColson Whitehead's triumphant novel is on one level a multifaceted retelling of the story of John Henry, the black steel-driver who died outracing a machine designed to replace him. On another level it's the story of a disaffected, middle-aged black journalist on a mission to set a record for junketeering who attends the annual John Henry Days festival. It is also a high-velocity thrill ride through the tunnel where American legend gives way to American pop culture, replete with p. r. flacks, stamp collectors, blues men , and turn-of-the-century song pluggers. John Henry Days is an acrobatic, intellectually dazzling, and laugh-out-loud funny book that will be read and talked about for years to come.
Also in This Series

Note! Citation formats are based on standards as of July 2010. Citations contain only title, author, edition, publisher, and year published. Citations should be used as a guideline and should be double checked for accuracy.
Copy Details
Staff View
Grouped Work ID:
39f073b7-0c02-ec0f-45e3-ea92530e6db9
Go To Grouped Work 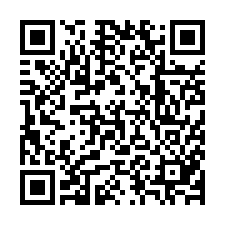