Catalog The Tale of the Heike »  Books » 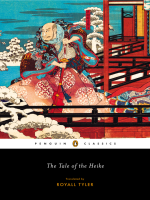 Description
The Tale of the Heike is Japan's great martial epic; a masterpiece of world literature and the progenitor of all samurai stories, now in a major and groundbreaking new translation by Royall Tyler, acclaimed translator of The Tale of Genji. First assembled from scattered oral poems in the early fourteenth century, The Tale of the Heike is Japan's Iliad - a grand-scale depiction of the wars between the Heike and Genji clans. Legendary for its magnificent and vivid set battle scenes, it is also a work filled with intimate human dramas and emotions, contemplating Buddhist themes of suffering and separation, as well as universal insights into love, loss and loyalty. The narrative moves back and forth between the two great warring clans, between aristocratic society and street life, adults and children, great crowds and introspection. No Japanese work has had a greater impact on subsequent literature, theatre, music and films, or on Japan's sense of its own past. Royall Tyler's new translation is the first to capture the way The Tale of the Heike was originally performed. It re-creates the work in its full operatic form, with speech, poetry, blank verse and song that convey its character as an oral epic in a way not seen before, fully embracing the rich and vigorous language of the original texts. Beautifully illustrated with fifty-five woodcuts from the nineteenth-century artistic master, Katsushika Hokusai, and bolstered with maps, character guides, genealogies and rich annotation, this is a landmark edition. Royall Tyler taught Japanese language and literature for many years at the Australian National University. He has a B.A. from Harvard University and a PhD from Columbia University and has taught at Harvard, Stanford and the University of Wisconsin. His translation of The Tale of Genji was acclaimed by publications such as The New York Times Book Review.
Also in This Series

Royall Tyler. (2012). The Tale of the Heike. Penguin Publishing Group.

Royall Tyler. 2012. The Tale of the Heike. Penguin Publishing Group.

Royall Tyler, The Tale of the Heike. Penguin Publishing Group, 2012. 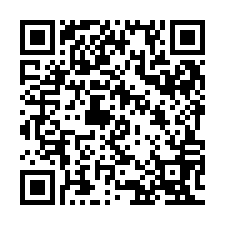