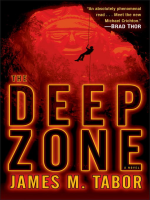 Description
“Deep-earth adventure, scintillating science, and cutthroat intrigue collide with thrilling results that left me breathless and awed. . . . Truly impressive.”—James Rollins
Burned by her own government in a trumped-up scandal, brilliant microbiologist Hallie Leland swore she’d never return to the world of cutting-edge science and dangerous secrets. But a shocking summons from the White House changes all that. A mysterious epidemic is killing American soldiers in Afghanistan—and poised for outbreak in the United States and beyond. Without the ultrarare organism needed to create an antidote, millions will die. Hallie knows more about “Moonmilk” than anyone—but it can be found only at the bottom of the deepest cave on Earth. To get there, she and her team of experts must brave a forbidding Mexican jungle crawling with drug cartels, federales, and murderous locals. And in the supercave await far greater terrors: flooded tunnels, acid lakes, bottomless chasms, mind-warping blackness—and a cunning assassin with orders to make the mission a journey of no return.
BONUS: This edition includes an excerpt from James M. Tabor's Frozen Solid and the short story "Lethal Expedition."
“Just like the perilous cave that serves as its backdrop, this story is dark and terrifying—but with a light at its end. The book should come shrink-wrapped with a seat belt.”—Steve Berry
“Brings  a new meaning to ‘frightening.’”—The Star-Ledger
Don’t miss James M. Tabor’s short story “Lethal Expedition” and a sneak peek of his new novel, Frozen Solid, in the back of the book.
Also in This Series

Note! Citation formats are based on standards as of July 2022. Citations contain only title, author, edition, publisher, and year published. Citations should be used as a guideline and should be double checked for accuracy.
Copy Details
Staff View
Grouped Work ID:
fa7fb1ca-3baa-b835-e8db-8533c1694567
Go To Grouped Work 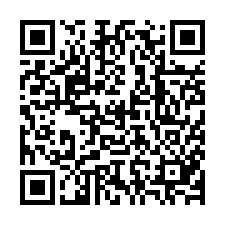