Catalog How to Capture a Countess »  eBook » 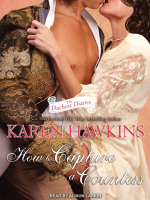 Description
Urged by her favorite nephew, the intimidating Duchess of Roxburghe agrees to transform a thorny Scottish rose into a lovely bloom. But even she isn't prepared for fiery Rose Balfour. At seventeen, Rose fell wildly in love with Lord Alton Sinclair, known as Lord Sin for his wicked ways. Stung by his indifference, the starry-eyed girl tried to win an illicit kiss, but then panicked and pushed the notorious rakehell into a fountain. Leaving Lord Sin floating among the lily pads to the mocking laughter of his peers, Rose escaped back to the obscurity of the Scottish countryside. Six years later, Sin convinces his aunt, the Duchess of Roxburghe, to invite Rose to her annual house party, where he plans to get revenge by making Rose the laughingstock of polite society. To his astonishment, he finds she has become an alluring woman who threatens to turn the tables on his nefarious plans. Thus Sin and Rose begin an epic battle of the sexes that becomes more passionate at every turn. Eventually, one will have to surrender . . . but to vengeance? Or to love's deepest passion?
Also in This Series

Note! Citation formats are based on standards as of July 2010. Citations contain only title, author, edition, publisher, and year published. Citations should be used as a guideline and should be double checked for accuracy.
Copy Details
Staff View
Grouped Work ID:
683a9c99-eeed-ba27-c08c-a38d97e72b9a
Go To Grouped Work 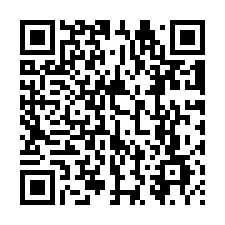