Catalog Down Below »  Books » 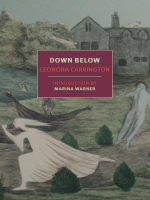 Description
A stunning work of memoir and an unforgettable depiction of the brilliance and madness by one of Surrealism's most compelling figuresIn 1937 Leonora Carrington—later to become one of the twentieth century's great painters of the weird, the alarming, and the wild—was a nineteen-year-old art student in London, beautiful and unapologetically rebellious. At a dinner party, she met the artist Max Ernst. The two fell in love and soon departed to live and paint together in a farmhouse in Provence. In 1940, the invading German army arrested Ernst and sent him to a concentration camp. Carrington suffered a psychotic break. She wept for hours. Her stomach became "the mirror of the earth"—of all worlds in a hostile universe—and she tried to purify the evil by compulsively vomiting. As the Germans neared the south of France, a friend persuaded Carrington to flee to Spain. Facing the approach "of robots, of thoughtless, fleshless beings," she packed a suitcase that bore on a brass plate the word Revelation. This was only the beginning of a journey into madness that was to end with Carrington confined in a mental institution, overwhelmed not only by her own terrible imaginings but by her doctor's sadistic course of treatment. In Down Below she describes her ordeal—in which the agonizing and the marvelous were equally combined—with a startling, almost impersonal precision and without a trace of self-pity. Like Daniel Paul Schreber's Memoirs of My Nervous Illness, Down Below brings the hallucinatory logic of madness home.
Also in This Series

Note! Citation formats are based on standards as of July 2010. Citations contain only title, author, edition, publisher, and year published. Citations should be used as a guideline and should be double checked for accuracy.
Copy Details
Staff View
Grouped Work ID:
d60121ea-9197-dca0-ecba-d7d40b9eee39
Go To Grouped Work 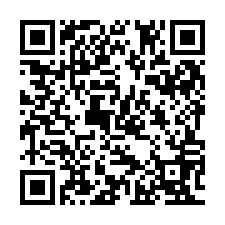