Fight Like a Girl: The Truth Behind How Female Marines Are Trained
(Adobe EPUB eBook, Kindle Book, OverDrive Read) 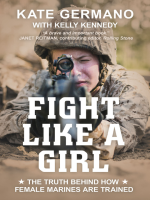 Description
One woman's professional battle against systemic gender bias in the Marines and the lessons it holds for all of us.The Marine Corps continues to be the only service where men and women train separately in boot camp or basic training. This segregation negatively affects interaction with male marines later on, and, lower expectations of female recruits are actively maintained and encouraged. But Lieutenant Colonel Kate Germano arrived at the Fourth Recruit Training Battalion at Parris Island—which exclusively trains female recruits—convinced that if she expected more of the women just coming into Corps, she could raise historically low standards for female performance and make women better Marines. And, after one year, shooting qualifications of the women under her command equaled those of men, injuries had decreased, and unit morale had noticeably improved. Then the Marines fired her.This is the story of Germano's struggle to achieve equality of performance and opportunity for female Marines against an entrenched male-dominated status quo. It is also a universal tale of the effects of systemic gender bias. Germano charges that the men above her in the chain of command were too invested in perpetuating the subordinate role of women in the Corps to allow her to prove that the female Marine can be equal to her male counterpart. She notes that the Marine Corps' $35-million gender-integration study, which shows that all-male squads perform at a higher level than mixed male-female squads, flies in the face of the results she demonstrated with the all-female Fourth Battalion and raises questions about the Marine Corps' willingness to let women succeed.At a time when women are fighting sexism and systemic bias in many sectors of society, Germano's experience has wide-ranging implications and lessons—not just for the military but also for corporate America, the labor force, education, and government.
Also in This Series

Kate Germano. (2018). Fight Like a Girl: The Truth Behind How Female Marines Are Trained. Prometheus Books.

Kate Germano. 2018. Fight Like a Girl: The Truth Behind How Female Marines Are Trained. Prometheus Books.

Kate Germano, Fight Like a Girl: The Truth Behind How Female Marines Are Trained. Prometheus Books, 2018.

Kate Germano. Fight Like a Girl: The Truth Behind How Female Marines Are Trained. Prometheus Books, 2018. Web.

Note! Citation formats are based on standards as of July 2010. Citations contain only title, author, edition, publisher, and year published. Citations should be used as a guideline and should be double checked for accuracy.
Copy Details
Staff View
Grouped Work ID:
e2e6c82e-5f30-c9f3-f380-ab5512f01981
Go To Grouped Work 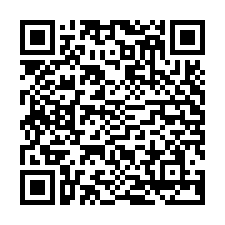