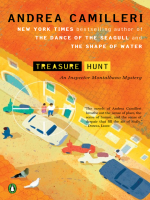 Description
"You either love Andrea Camilleri or you haven't read him yet. Each novel in this wholly addictive, entirely magical series, set in Sicily and starring a detective unlike any other in crime fiction, blasts the brain like a shot of pure oxygen. Aglow with local color, packed with flint-dry wit, as fresh and clean as Mediterranean seafood — altogether transporting. Long live Camilleri, and long live Montalbano." A.J. Finn, #1 New York Times bestselling author of The Woman in the WindowA hail of bullets interrupts a period of dead calm. An elderly brother and sister open fire on the plaza below their apartment, punishing the people of Vigàta for their sins. News cameras capture Montalbano—gun in hand—as he scales the building to capture the ancient snipers. Inside he finds a nightmarish world of religious objects and a well-worn inflatable sex doll that will come back to haunt him. The Inspector is hailed as a hero after the televised adventure and calm returns. But Montalbano begins to receive cryptic messages in verse, challenging him to go on a "treasure hunt." Intrigued, he accepts, treating the messages as amusing riddles—until they take a dangerous turn.
Also in This Series

Note! Citation formats are based on standards as of July 2010. Citations contain only title, author, edition, publisher, and year published. Citations should be used as a guideline and should be double checked for accuracy.
Copy Details
Staff View
Grouped Work ID:
8eb87623-bf02-5f59-be75-8326e73928d2
Go To Grouped Work 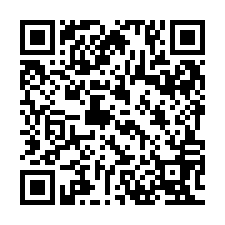