Catalog The Conspiracy of Us »  eBook »

The Conspiracy of Us
(OverDrive MP3 Audiobook, OverDrive Listen) 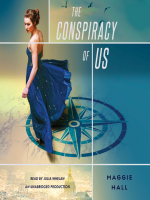 Description
A fast-paced international escapade, laced with adrenaline, glamour, and romance—perfect for fans of Ally CarterAvery West's newfound family can shut down Prada when they want to shop in peace, and can just as easily order a bombing when they want to start a war. Part of a powerful and dangerous secret society called the Circle, they believe Avery is the key to an ancient prophecy. Some want to use her as a pawn. Some want her dead.To unravel the mystery putting her life in danger, Avery must follow a trail of clues from the monuments of Paris to the back alleys of Istanbul with two boys who work for the Circle—beautiful, volatile Stellan and mysterious, magnetic Jack. But as the clues expose a stunning conspiracy that might plunge the world into World War 3, she discovers that both boys are hiding secrets of their own. Now she will have to choose not only between freedom and family—but between the boy who might help her save the world, and the one she's falling in love with.
Also in This Series

Note! Citation formats are based on standards as of July 2010. Citations contain only title, author, edition, publisher, and year published. Citations should be used as a guideline and should be double checked for accuracy.
Copy Details
Staff View
Grouped Work ID:
985686bc-8530-8682-db2e-c2e1796f6cbc
Go To Grouped Work 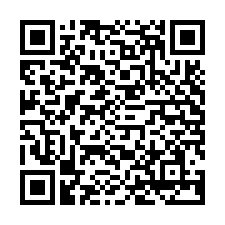