Catalog The Education of a Coroner »  eBook » 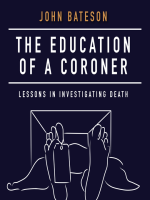 Description
Marin County, California is a study in contradictions. Its natural beauty attracts thousands of visitors every year, yet the county also is home to San Quentin Prison, one of the oldest and largest penitentiaries in the country. Marin ranks in the top one percent of counties nationwide in terms of affluence and overall health, yet it is far above the norm in drug overdoses and alcoholism, and comprises a large percentage of suicides from the Golden Gate Bridge. Ken Holmes worked in the Marin County Coroner's Office for thirty-six years, starting as a death investigator and ending as the three-term, elected coroner. As he grew into the job-which is different from what is depicted on television-Holmes learned a variety of skills, from finding hidden clues at death scenes, interviewing witnesses effectively, managing bystanders and reporters, preparing testimony for court to notifying families of a death with sensitivity and compassion. He also learned about different kinds of firearms, all types of drugs-prescription and illegal-and about certain unexpected and potentially fatal phenomena such as autoeroticism.
Also in This Series

John Bateson. (2017). The Education of a Coroner: Lessons in Investigating Death. Unabridged HighBridge.

John Bateson. 2017. The Education of a Coroner: Lessons in Investigating Death. HighBridge.

John Bateson, The Education of a Coroner: Lessons in Investigating Death. HighBridge, 2017.

John Bateson. The Education of a Coroner: Lessons in Investigating Death. Unabridged HighBridge, 2017.

Note! Citation formats are based on standards as of July 2010. Citations contain only title, author, edition, publisher, and year published. Citations should be used as a guideline and should be double checked for accuracy.
Copy Details
Staff View
Grouped Work ID:
b406675b-3b41-936e-557e-8e7731792430
Go To Grouped Work 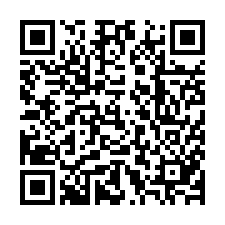