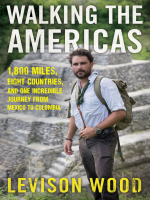 Description
A trek through Central America from the author of Walking the Himalayas, "just the kind of guy you want with you on an adventure" (The Washington Post).
Beginning in the Yucatán—and moving south through Belize, Guatemala, Honduras, Nicaragua, Costa Rica, and Panama—Wood's journey takes him from sleepy barrios to glamorous cities to Mayan ruins lying unexcavated in the wilderness. Wood encounters indigenous tribes in Mexico, revolutionaries in a Nicaraguan refugee camp, fellow explorers, and migrants heading toward the United States. The relationships he forges along the way are at the heart of his travels—and the personal histories, cultures, and popular legends he discovers paint a riveting history of Mexico and Central America. While contending with the region's natural obstacles like quicksand, flashfloods, and dangerous wildlife, he also partakes in family meals with local hosts, learns to build an emergency shelter, negotiates awkward run-ins with policemen, and witnesses the surreal beauty of Central America's landscapes, from cascading waterfalls and sunny beaches to the spectacular ridgelines of the Honduran highlands. Finally, Wood attempts to cross one of the world's most impenetrable borders: the Darién Gap route from Panama into South America, a notorious smuggling passage and the wildest jungle he has ever navigated.
A Sunday Times bestseller and longlisted for the Banff Mountain Book Award for adventure travel, Walking the Americas is a thrilling personal tale, an accomplished piece of cultural reportage, and a breathtaking journey across some of the most diverse and unpredictable regions on earth.
"A thrilling narrative trek . . . [Wood] elevates this already fascinating landscape with lively prose that combines travel journal with history lessons, memoir, and survivalist handbook."—Booklist
Also in This Series

Note! Citation formats are based on standards as of July 2010. Citations contain only title, author, edition, publisher, and year published. Citations should be used as a guideline and should be double checked for accuracy.
Copy Details
Staff View
Grouped Work ID:
e4cffd22-a376-1eb7-724c-6126ecfc565b
Go To Grouped Work 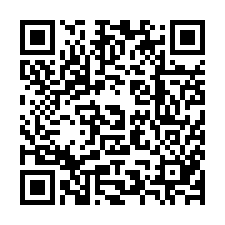