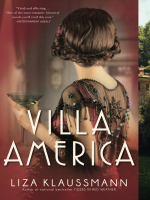 Description
A dazzling novel set in the French Riviera based on the real-life inspirations for F. Scott Fitzgerald's Tender is The Night. When Sara Wiborg and Gerald Murphy met and married, they set forth to create a beautiful world together-one that they couldn't find within the confines of society life in New York City. They packed up their children and moved to the South of France, where they immediately fell in with a group of expats, including Hemingway, Picasso, and Zelda and Scott Fitzgerald. On the coast of Antibes they built Villa America, a fragrant paradise where they invented summer on the Riviera for a group of bohemian artists and writers who became deeply entwined in each other's affairs. There, in their oasis by the sea, the Murphys regaled their guests and their children with flamboyant beach parties, fiery debates over the newest ideas, and dinners beneath the stars. It was, for a while, a charmed life, but these were people who kept secrets, and who beneath the sparkling veneer were heartbreakingly human. When a tragic accident brings Owen, a young American aviator who fought in the Great War, to the south of France, he finds himself drawn into this flamboyant circle, and the Murphys find their world irrevocably, unexpectedly transformed. A handsome, private man, Owen intrigues and unsettles the Murphys, testing the strength of their union and encouraging a hidden side of Gerald to emerge. Suddenly a life in which everything has been considered and exquisitely planned becomes volatile, its safeties breached, the stakes incalculably high. Nothing will remain as it once was. Liza Klaussman expertly evokes the 1920s cultural scene of the so-called "Lost Generation." Ravishing and affecting, and written with infinite tenderness, VILLA AMERICA is at once the poignant story of a marriage and of a golden age that could not last.
Also in This Series

Note! Citation formats are based on standards as of July 2010. Citations contain only title, author, edition, publisher, and year published. Citations should be used as a guideline and should be double checked for accuracy.
Copy Details
Staff View
Grouped Work ID:
9f4899aa-e6b4-4ef2-ff4f-c0c4c0d27a1f
Go To Grouped Work 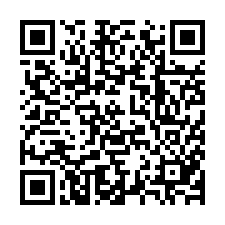