Catalog Ahead of the Curve »  eBook »

Ahead of the Curve: Inside the Baseball Revolution
(OverDrive MP3 Audiobook, OverDrive Listen) 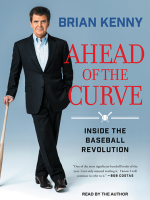 Description
Most people who resist logical thought in baseball preach "tradition" and "respecting the game." But many of baseball's traditions go back to the nineteenth century, when the pitcher's job was to provide the batter with a ball he could hit and fielders played without gloves. Instead of fearing change, Brian Kenny wants fans to think critically, reject outmoded groupthink, and embrace the changes that have come with the "sabermetric era." In his entertaining and enlightening book, Kenny discusses why the pitching win-loss record, the Triple Crown, fielding errors, and so-called battling titles should be ignored. Kenny also points out how fossilized sportswriters have been electing the wrong MVPs and ignoring legitimate candidates for the Hall of Fame; why managers are hired based on their looks; and how the most important position in baseball may just be "director of decision sciences." Ahead of the Curve debunks the old way of analyzing baseball and ushers in a new era of straightforward logic. Illustrated with unique anecdotes from those who have reshaped the game, it's a must-listen for fans, players, managers, and fantasy enthusiasts.
Also in This Series

Brian Kenny. (2016). Ahead of the Curve: Inside the Baseball Revolution. Unabridged Tantor Media, Inc.

Brian Kenny. 2016. Ahead of the Curve: Inside the Baseball Revolution. Tantor Media, Inc.

Brian Kenny, Ahead of the Curve: Inside the Baseball Revolution. Tantor Media, Inc, 2016.

Brian Kenny. Ahead of the Curve: Inside the Baseball Revolution. Unabridged Tantor Media, Inc, 2016.

Note! Citation formats are based on standards as of July 2010. Citations contain only title, author, edition, publisher, and year published. Citations should be used as a guideline and should be double checked for accuracy.
Copy Details
Staff View
Grouped Work ID:
56c1540f-c5d0-6100-66c5-8d9062c1d921
Go To Grouped Work 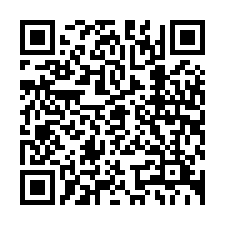