The Food Explorer: The True Adventures of the Globe-Trotting Botanist Who Transformed What America Eats
(OverDrive MP3 Audiobook, OverDrive Listen) 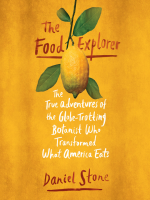 Description
The true adventures of David Fairchild, a turn-of-the-century food explorer who traveled the globe and introduced diverse crops like avocados, mangoes, seedless grapes—and thousands more—to the American plate.“Fascinating.”—The New York Times Book Review • “Fast-paced adventure writing.”—The Wall Street Journal • “Richly descriptive.”—Kirkus • “A must-read for foodies.”—HelloGigglesIn the nineteenth century, American meals were about subsistence, not enjoyment. But as a new century approached, appetites broadened, and David Fairchild, a young botanist with an insatiable lust to explore and experience the world, set out in search of foods that would enrich the American farmer and enchant the American eater.Kale from Croatia, mangoes from India, and hops from Bavaria. Peaches from China, avocados from Chile, and pomegranates from Malta. Fairchild’s finds weren’t just limited to food: From Egypt he sent back a variety of cotton that revolutionized an industry, and via Japan he introduced the cherry blossom tree, forever brightening America’s capital. Along the way, he was arrested, caught diseases, and bargained with island tribes. But his culinary ambition came during a formative era, and through him, America transformed into the most diverse food system ever created.“Daniel Stone draws the reader into an intriguing, seductive world, rich with stories and surprises. The Food Explorer shows you the history and drama hidden in your fruit bowl. It’s a delicious piece of writing.”—Susan Orlean, New York Times bestselling author of The Orchid Thief and The Library Book
Also in This Series

Note! Citation formats are based on standards as of July 2010. Citations contain only title, author, edition, publisher, and year published. Citations should be used as a guideline and should be double checked for accuracy.
Copy Details
Staff View
Grouped Work ID:
9dd529b9-1961-c15c-e198-f6ec0c59c92a
Go To Grouped Work 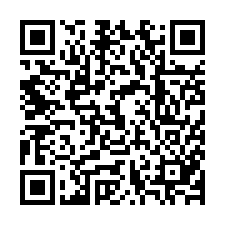