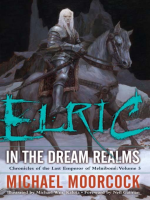 Description
Kinslayer. Soul reaver. Sorcerer. Thief. And last emperor of a cruel, decadent race. Elric of Melniboné is all of these–and more. His life is sustained by drugs and magic–and energy sucked from the victims of his vampiric black sword, Stormbringer, a weapon feared by men and gods alike. Denied the oblivion he seeks, poised between a tragic past he cannot escape and a terrifying future he is doomed to bring about, Elric is a hero like no other.
Del Rey is proud to present the fifth installment in its definitive collection featuring the immortal creation of Michael Moorcock, named Grand Master by the Science Fiction and Fantasy Writers of America. Highlights include an epic novel of Elric's early years, The Fortress of the Pearl; the script of the graphic novel Elric: The Making of a Sorcerer; a previously unpublished proposal for a new series; and Hugo Award—winning author Neil Gaiman's moving fictional tribute to Elric, the short story "One Life, Furnished in Early Moorcock."
Gorgeously illustrated by Michael Wm. Kaluta, Elric: In the Dream Realms is a dream come true for sword-and-sorcery fans.
Also in This Series

Formats
Adobe EPUB eBook
Works on all eReaders (except Kindles), desktop computers and mobile devices with reading apps installed.
Sample Sample
OverDrive Read
Sample Sample
Need Help?
If you are having problem transferring a title to your device, please fill out this support form or visit the library so we can help you to use our eBooks and eAudio Books.
More Like This

Note! Citation formats are based on standards as of July 2010. Citations contain only title, author, edition, publisher, and year published. Citations should be used as a guideline and should be double checked for accuracy.
Copy Details
Staff View
Grouped Work ID:
a5dbe67b-e84d-6516-0d01-231a9daafa3c
Go To Grouped Work 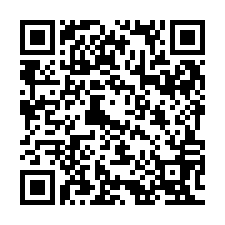