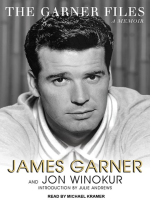 Description
After suffering physical abuse at the hands of his stepmother, James Garner left home at fourteen. He became Oklahoma's first draftee of the Korean War and was awarded with two Purple Hearts before returning to the United States and settling in Los Angeles to become an actor. Working alongside some of the most renowned celebrities, including Julie Andrews, Marlon Brando, and Clint Eastwood, Garner became a star in his own right, despite struggles with stage fright and depression. In The Garner Files, this revered actor and quintessential self-made man recalls "trying to decipher" William Wyler with Audrey Hepburn and Shirley MacLaine, breaking Doris Day's ribs, having a "heart-to-heart and eyeball-to-eyeball" with Steve McQueen, being "a card-carrying liberal-and proud of it," and much more.This audiobook features an introduction by Julie Andrews read by Wanda McCaddon.
Also in This Series

Note! Citation formats are based on standards as of July 2010. Citations contain only title, author, edition, publisher, and year published. Citations should be used as a guideline and should be double checked for accuracy.
Copy Details
Staff View
Grouped Work ID:
0aa02ac8-8ad5-efe4-72cc-c3a0e92d70eb
Go To Grouped Work 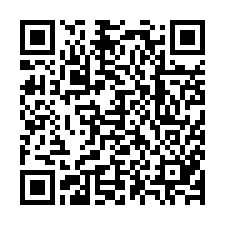