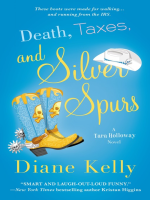 Easy's getting harder every day for Tara. A tax-evading pet groomer managed to buzz off a big chunk of her hair...just in time for her date strictly-business meeting with country-music heartthrob Brazos Rivers. Of course Tara shouldn't care—she's devoted to Special Agent Nick Pratt, after all—but Rivers does know how to steal a woman's heart with a song..."Better than a refund check from the IRS!" —Reader to Reader ReviewsMeanwhile, Tara's up to her fracking neck with another case: A natural-gas company with a money trail that is almost as suspicious as Brazos Rivers's tax return. Which is to say, he can't seem to cough up one. Tara figures the misdeeds of her celebrity crush must be an oversight. But will she dance to a different tune...when her tax-evading idol starts evading her, too?"TARA HOLLOWAY IS THE IRS'S ANSWER TO STEPHANIE PLUM—SMART, SASSY, AND SO MUCH FUN."—New York Times bestselling author Gemma Halliday
Also in This Series

Note! Citation formats are based on standards as of July 2010. Citations contain only title, author, edition, publisher, and year published. Citations should be used as a guideline and should be double checked for accuracy.
Copy Details
Staff View
Grouped Work ID:
b7d931bd-688b-094b-35ca-028e3452866b
Go To Grouped Work 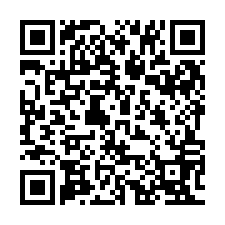