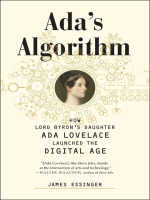 Description
“[Ada Lovelace], like Steve Jobs, stands at the intersection of arts and technology."—Walter Isaacson, author of The Innovators
Over 150 years after her death, a widely-used scientific computer program was named “Ada,” after Ada Lovelace, the only legitimate daughter of the eighteenth century’s version of a rock star, Lord Byron. Why?
Because, after computer pioneers such as Alan Turing began to rediscover her, it slowly became apparent that she had been a key but overlooked figure in the invention of the computer.
In Ada Lovelace, James Essinger makes the case that the computer age could have started two centuries ago if Lovelace’s contemporaries had recognized her research and fully grasped its implications.
It’s a remarkable tale, starting with the outrageous behavior of her father, which made Ada instantly famous upon birth. Ada would go on to overcome numerous obstacles to obtain a level of education typically forbidden to women of her day. She would eventually join forces with Charles Babbage, generally credited with inventing the computer, although as Essinger makes clear, Babbage couldn’t have done it without Lovelace. Indeed, Lovelace wrote what is today considered the world’s first computer program—despite opposition that the principles of science were “beyond the strength of a woman’s physical power of application.”
Based on ten years of research and filled with fascinating characters and observations of the period, not to mention numerous illustrations, Essinger tells Ada’s fascinating story in unprecedented detail to absorbing and inspiring effect.
Also in This Series

Note! Citation formats are based on standards as of July 2010. Citations contain only title, author, edition, publisher, and year published. Citations should be used as a guideline and should be double checked for accuracy.
Copy Details
Staff View
Grouped Work ID:
7f1fb6bf-b76f-561d-7b80-49dda4dfda9f
Go To Grouped Work 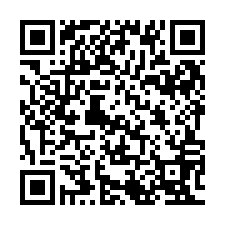