Terror of the mountain man... »

Smoke Jensen has come to Corpus Christi, Texas, to take delivery of five hundred horses he purchased from and old friend. That's when a Mexican revolutionary, Colonel Butamante Keno, brazenly crashes the border, slaughters twenty-two innocent U.S. citizens in cold blood, and steals a thousand head of cattle -- along with two hundred of Smoke's horses. Going where the U.S. Army and the Texas Rangers cannot, Smoke crosses the border in hot pursuit of Keno. The Mexican Federales capture Smoke and the others and place them under arrest. But as soon as the banditos take something near and dear to a Federale commander, the Mexicans decide that Smoke and his fellow prisoners might come in handy after all. They'll fight a fierce and secret little war the only way the Mountain Man knows how: fierce, relentless, and unforgiving to the bitter, bloody end. No man steals from Smoke Jensen and lives to enjoy he ill-gotten goods .... not ever!

Note! Citation formats are based on standards as of July 2010. Citations contain only title, author, edition, publisher, and year published. Citations should be used as a guideline and should be double checked for accuracy.
Staff View
Grouped Work ID:
402a7492-2acb-2886-11d4-084cb9e60707
Go To GroupedWork 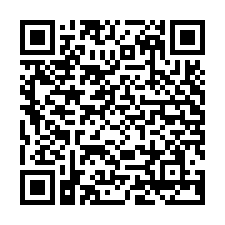