Don't point that thing at me »

Don't point that thing at me
(eBook)

A cult classic in the UK since its first publication there in the 1970s, Don't Point that Thing at Me is the hilarious and dark humored crime thriller featuring the Honorable Charlie Mortdecai: degenerate aristocrat, amoral art dealer, seasoned epicurean, unwilling assassin, and general knave-about-Piccadilly. With his thuggish manservant Jock, Mortdecai endures all manner of nastiness involving secret police, angry foreign governments, stolen paintings, and dead clients, all just to make a dishonest living-while decked out in the most stylish garb and drinking the most bizarre alcoholic cocktails. Don't miss the brilliant mixture of comedy, crime, and suspense.

Note! Citation formats are based on standards as of July 2010. Citations contain only title, author, edition, publisher, and year published. Citations should be used as a guideline and should be double checked for accuracy.
Staff View
Grouped Work ID:
46536f7c-7c5f-9623-959a-a1aded672a28
Go To GroupedWork 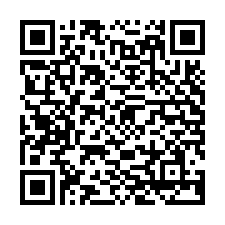