The Genius Factory: The Curious History of the Nobel Prize Sperm Bank Description
From the former editor of Slate and CEO of Atlas Obscura comes the unbelievable story of “the Nobel Prize sperm bank” and the children it produced—“a superb book about the quest for genius and, ultimately, family” (Malcolm Gladwell, author of The Tipping Point and Talking to Strangers). NAMED ONE OF THE BEST BOOKS OF THE YEAR BY ROCKY MOUNTAIN NEWS It was the most radical human-breeding experiment in American history. The Repository for Germinal Choice—nicknamed “the Nobel Prize sperm bank”—opened to notorious fanfare in 1980, and for two decades women flocked to it from all over the country to choose a sperm donor from its roster of Nobel-laureate scientists, mathematical prodigies, successful businessmen, and star athletes. But the bank quietly closed its doors in 1999—its founder dead, its confidential records sealed, and the fate of its children and donors unknown. Crisscrossing the country and tracking down previously unknown family members, award-winning Slate columnist David Plotz unfolds the full and astonishing story of the Nobel Prize sperm bank and its founder’s radical scheme to change our world.Praise for The Genius Factory“[David] Plotz’s wonderful history of the Nobel sperm bank is filled with wit, pathos and insight. . . . [He acts] as narrator, ethnographer, historian, social critic and even go-between, brokering reunions between children and their genitors.”—Chicago Tribune “Perfectly pitched—blithe, smart, skeptical, yet entranced by its subject.”—The New York Times “By turns personal, confounding, creepy, defiant of expectations and touching . . .The Genius Factory isn’t merely curious, it’s useful.”—San Francisco Chronicle “Tense, hilarious, and touching . . . wonderfully readable and eye-opening.”—The Wall Street Journal “Terrific . . . [a] lively account.”—The Washington Post Book World
Also in This Series 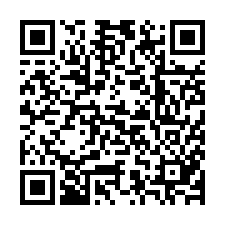