Please pardon us while we make updates to the catalog. There will be some interruptions in service, including search functionality. Due to improvements to our search engine during the current update, catalog search results won't be available at this time.

Beyond monogamy: polyamory and the future of polyqueer sexualities

Description
A man and woman are in an open relationship. They have agreed that having sexual partners outside of their relationship is permissible. One night, when her partner is in another city, the woman has sex with the man's best friend. What does this mean for their relationship? More importantly, why is there such a strong cultural taboo against this kind of triangulation and what does it reveal about the social organization of gender and sexuality? In Beyond Monogamy, Mimi Schippers asks these and other questions to explore compulsory monogamy as a central feature of sexual normalcy. Schippers argues that compulsory monogamy promotes the monogamous couple as the only legitimate, natural, or desirable relationship form in ways that support and legitimize gender, race, and sexual inequalities. Schippers brings together sociology, cultural studies, feminist and queer theory, and the growing empirical literature on open and polyamorous relationships to show that the privileging of monogamous relationships intersects with race, class, and gender to guarantee and legitimate white supremacy, heteromasculine dominance, and heterosexism. Through an investigation of sexual interactions and relationship forms that include more than two people, from polyamory, to threesomes, to the complexity of the "down-low" Schippers explores the queer, feminist, and anti-racist potential of multipartnered sex and relationships. A serious look at the intersections of society and sexuality, Beyond Monogamy weaves a compelling and accessible journey through compulsory monogamy, polyamory, and polyqueer sex and relationships.
Also in This Series 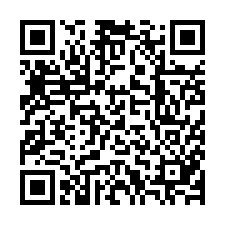