Dinosaurs on other planets »

Dinosaurs on other planets: Stories

Description
For fans of Alice Munro, Anne Enright, and William Trevor comes a stunning debut collection from a deeply original writer and observer of love, betrayal, and turning points in ordinary peoples’ lives.   In a raw seacoast cabin, a young woman watches her boyfriend go out with his brother, late one night, on a mysterious job she realizes she isn’t supposed to know about. A man gets a call at work from his sister-in-law, saying that his wife and his daughter never made it to nursery school that day. A mother learns that her teenage daughter has told a teacher about problems in her parents’ marriage that were meant to be private—problems the mother herself tries to ignore. McLaughlin conveys these characters so vividly that readers will feel they are experiencing real life. Often the stories turn on a single, fantastic moment of clarity—after which nothing can be the same.   Danielle McLaughlin is a writer of unparalleled precision and uncommon imagination. In her deft hands, ordinary people are transformed and surprising truths are suddenly understood.   Praise for Dinosaurs on Other Planets“Dinosaurs [on Other Planets] marks the stateside debut (in book form, at least—a number of these already have appeared in The New Yorker) of Danielle McLaughlin, a writer of exceptionally deep empathy in the naturalistic tradition of John McGahern and Claire Keegan but with a knack for keen, and often disturbing, observation all her own.”—LitHub   “McLaughlin’s immersive first collection casts a stern eye on individuals, couples, and families caught in nets of their own making, where even the mildest passion can lead to death, and journeys home with new lovers can reveal grim secret lives. . . . The title story, which opens up into an ambiguous ending rather than tying its strands up neatly, show[s] the ample bag of tricks McLaughlin has at her disposal.”—Publishers Weekly   “Danielle McLaughlin’s short story collection Dinosaurs on Other Planets is a near perfect, enormously promising debut. . . . McLaughlin’s subject matter and themes are serious, undercut brilliantly by a sly strain of pitch-black humor. . . . A brilliant, quietly disturbing debut story collection [that] portrays Irish characters in the uncertain wake of the recent financial crisis.”—Shelf Awareness   “In her collection, [McLaughlin] focuses on fraught relationships and those sudden, illuminating moments that can light up ordinary lives.”—Library Journal  “This is not a debut in the usual sense, a promise of greater things to come. There is no need to ask what Danielle McLaughlin will do next—she has done it already. This book has arrived. I think it will stay with us for a long time.”—Anne Enright, Man Booker Prize–winning author of The Green Road   “Danielle McLaughlin’s stories seethe, beneath elegant prose, with unfamiliar insights and entirely original observations. Only an author who loves what human beings are can so compassionately reveal them in all their flawed, gorgeous contradictions and communicate unmistakable joy while doing so. How glad I am to read this impressive new writer! Her fiction is a gift we need.”—Robin Black, author of Life Drawing
Also in This Series 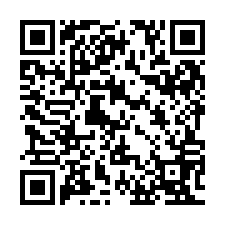