Indigo: in search of the color that seduced the world

For almost five millennia, in every culture and in every major
religion, indigo-a blue pigment obtained from the small green leaf of a
parasitic shrub through a complex process that even scientists still
regard as mysterious-has been at the center of turbulent human
encounters.

Indigo is the story of this precious dye and
its ancient heritage: its relationship to slavery as the "hidden half"
of the transatlantic slave trade, its profound influence on fashion, and
its spiritual significance, which is little recognized but no less
alive today. It is an untold story, brimming with rich, electrifying
tales of those who shaped the course of colonial history and a world
economy.

But Indigo is also the story of a personal quest:
Catherine McKinley is the descendant of a clan of Scots who wore indigo
tartan as their virile armor; the kin of several generations of Jewish
"rag traders"; the maternal granddaughter of a Massachusetts textile
factory owner; and the paternal granddaughter of African slaves-her
ancestors were traded along the same Saharan routes as indigo, where a
length of blue cotton could purchase human life. McKinley's journey in
search of beauty and her own history ultimately leads her to a new and
satisfying path, to finally "taste life." With its four-color photo
insert and sumptuous design, Indigo will be as irresistible to look at as it is to read. 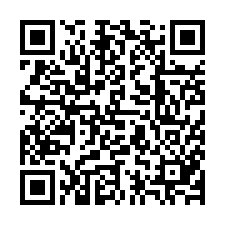