Mind of winter: a novel

Description
"On a snowy Christmas morning, Holly Judge awakens, the fragments of a nightmare--something she must write down--floating on the edge of her consciousness. Something followed them from Russia. On another Christmas morning thirteen years ago, she and her husband Eric were in Siberia to meet the sweet, dark-haired Rapunzel they desperately wanted. How they laughed at the nurses of Pokrovka Orphanage #2 with their garlic and their superstitions, and ignored their gentle warnings. After all, their fairy princess Tatiana--baby Tatty--was perfect. As the snow falls, enveloping the world in its white silence, Holly senses that something is not right, has not been right in the years since they brought their daughter--now a dangerously beautiful, petulant, sometimes erratic teenager--home. There is something evil inside this house. Inside themselves. How else to explain the accidents, the seemingly random and banal misfortunes. Trixie, the cat. The growth on Eric's hand. Sally the hen, their favorite, how the other chickens turned on her. The housekeeper, that ice, a bad fall. The CDs scratched, every one. But Holly must not think of these things. She and Tatiana are all alone. Eric is stuck on the roads and none of their guests will be able to make it through the snow. With each passing hour, the blizzard rages and Tatiana's mood darkens, her behavior becoming increasingly disturbing and frightening. Until, in every mother's worst nightmare, Holly finds she no longer recognizes her daughter"--
Also in This Series 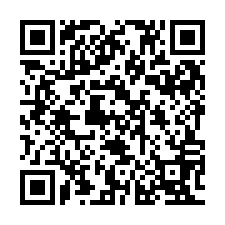