Description
WINNER OF THE NOBEL PRIZE IN LITERATURE Music legend Bob Dylan's only work of fiction—a combination of stream of consciousness prose, lyrics, and poetry that gives fans insight into one of the most influential singer-songwriters of our time.Written in 1966, Tarantula is a collection of poems and prose that evokes the turbulence of the times in which it was written, and offers unique insight into Dylan's creative evolution, capturing the stream-of-consciousness preoccupations of the legendary folk poet and his eclectic, erudite cool at a crucial juncture in his artistic development. It has since been welcomed into the Dylan canon, as Dylan himself has cemented his place in the cultural imagination, inspiring Todd Haynes's acclaimed 2007 musical drama I'm Not There, selling more than 100 million records, and winning numerous prizes, including the Nobel Prize for Literature in 2017. In his acceptance speech for the Nobel, Dylan acknowledged the early influence on his work of Buddy Holly and Lead Belly as well as of wide-ranging classics like Don Quixote, All Quiet on the Western Front, and Moby Dick. Tarantula is a rare chance to see Dylan at a moment in which he was still deeply connected to his country roots and a folk vernacular while opening himself up to the influence of French 19th-century Surrealist writers like Arthur Rimbaud and the Comte de Lautreamont. A decade before the confessional singer-songwriter who would create the 1975 epic, Blood on the Tracks—which was just optioned by filmmaker Luca Guadagnino—here is Dylan at his most verbally playful and radically inventive. Angry, funny, and strange, the poems and prose in this collection reflect the concerns found in Dylan's most seminal music—a spirit of protest, a poetic spontaneity, and a chronicling of the eccentric and the everyday—which continue to make him a beloved artist and cultural icon.
Also in This Series 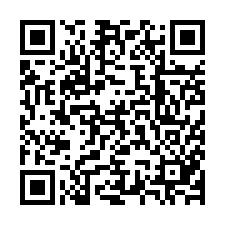