A curse on Dostoevsky »

A curse on Dostoevsky: A Novel

Reading Dostoevsky in Afghanistan becomes "crime without punishment"Rassoul remembers reading Crime and Punishment as a student of Russian literature in Leningrad, so when, with axe in hand, he kills the wealthy old lady who prostitutes his beloved Sophia, he thinks twice before taking her money or killing the woman whose voice he hears from another room. He wishes only to expiate his crime and be rightfully punished. Out of principle, he gives himself up to the police. But his country, after years of civil war, has fallen into chaos. In Kabul there is only violence, absurdity, and deafness, and Rassoul's desperate attempt to be heard turns into a farce.This is a novel that not only flirts with literature but also ponders the roles of sin, guilt, and redemption in the Muslim world. At once a nostalgic ode to the magic of Persian tales and a satire on the dire reality of now, A Curse on Dostoevsky also portrays the resilience and wit of Afghani women, an aspect of his culture that Rahimi never forgets. 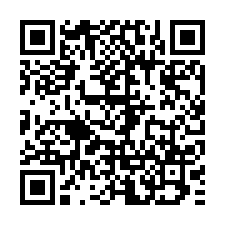