Murder rocks a moneyed San Francisco family in the novel that introduced "a detective unlike any previous protagonist in American noir" (The New Yorker).

Henry Rios is a Latino public defender battling alcoholism, dangerously close to burning out. Accustomed to dealing with the minor offenses of the disenfranchised, he's reached a crossroads in his life. His new client, Hugh Paris, who has been arrested for drug possession, is the black-sheep scion of an important and prosperous San Francisco family—and one of Rios's former lovers. Rios understands lost souls a little too well and has always stayed loyal to the troubled and wealthy wastrel. But no sooner does a mysterious benefactor bail him out, than Paris shows up on Rios's door—paranoid, shaken, and terrified that his grandfather wants to murder him.

When Paris is found dead of an apparent heroin overdose, Rios is the only one who considers foul play. Determined to find the truth, he knocks on the Bay Area's most gilded doors, where he discovers a family tainted by jealousy and greed, warped by a fortune someone's willing to kill—and kill again—to possess.

The first novel in the Lambda Literary Award–winning series that Christopher Bram calls "a large-scale moral portrait of one man's life," The Little Death is at once an atmospheric noir mystery set in 1980s California and a scathing indictment of the power of old money and a legal system caught in the maws of escalating corruption. 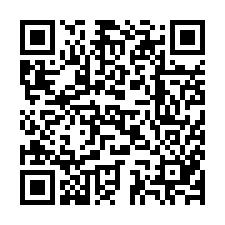