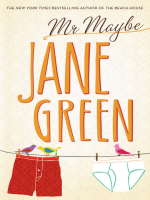 Description
To Libby Mason, Mr. Right has always meant Mr. Rich. A twenty seven-year-old publicist, she's barely able to afford her fashionable and fabulous lifestyle and often has to foot the bill for dates with Struggling Writer Nick, a sexy but perpetually strapped-for-cash guy she's dating (no commitments – really). So when Ed, Britain's wealthiest but stodgiest bachelor, enters the picture, her idea of the fairy tale romance is turned on it's head. Mr. Maybe is the tale of her heartfelt but hilarious deliberation, irresistibly chronicled by bestselling author Jane Green. On one hand, Nick makes up for his low bank-account balance by his performance in the sack, or in the bathtub, as the case may be. But life with him means little more than nightly trips to the bar, a dark and grungy apartment, and plenty of dull political tirades to boot. But those blue eyes, and that tender heart...On the other hand, there's Ed, whose luxurious house and gargantuan bank account are quite tempting to the starving Libby. But his unsavory mustache and bumbling ways make Libby wonder if the platinum AMEX and unlimited "retail therapy" are worth it. He may have fallen in love with her at first sight, but nothing seems to solve his lackluster performance in the sack – even speed reading The Joy of Sex. When the diamond shopping commences, Libby is forced to realize that the time for "maybe" is up. Taking romantic comedy to a hip, sparkling new level, Mr. Maybe is a classic tale of what happens to one girl when her heart and her head aren't looking for the same thing. With a laugh and minute and a heroine whose struggles in the dating jungle will remind you of your own, Mr. Maybe is a story that all will leave you smitten.
Also in This Series 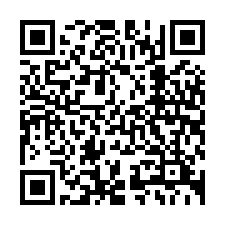