Description
Winner of the PEN/Faulkner Award
From the author of White Noise (winner of the National Book Award) and The Silence, a profound novel about art, terror, masses, and the individual from "one of the most intelligent, grimly funny voices to comment on life in present-day America" (The New York Times)
Bill Gray, a famous, reclusive novelist, emerges from his isolation when he becomes the key figure in an event staged to force the release of a poet hostage in Beirut. As Bill enters the world of political violence, a nightscape of Semtex explosives and hostages locked in basement rooms, Bill's dangerous passage leaves two people stranded: his brilliant, fixated assistant, Scott, and the strange young woman who is Scott's lover—and Bill's.
An extraordinary novel from Don DeLillo about words and images, novelists and terrorists, the mass mind and the arch-individualist, Mao II explores a world in which the novelist's power to influence the inner life of a culture now belongs to bomb-makers and gunmen. Mao II is the work of an ingenious writer at the height of his powers.
Also in This Series 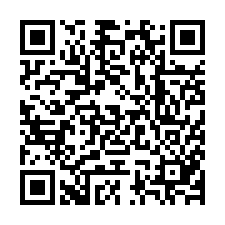