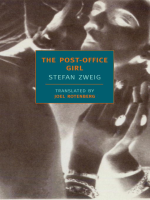 Description
Wes Anderson on Stefan Zweig: "I had never heard of Zweig...when I just more or less by chance bought a copy of Beware of Pity. I loved this first book. I also read the The Post-Office Girl. The Grand Budapest Hotel has elements that were sort of stolen from both these books. Two characters in our story are vaguely meant to represent Zweig himself -- our "Author" character, played by Tom Wilkinson, and the theoretically fictionalised version of himself, played by Jude Law. But, in fact, M. Gustave, the main character who is played by Ralph Fiennes, is modelled significantly on Zweig as well."2009 PEN Translation Prize FinalistThe logic of capitalism, boom and bust, is unremitting and unforgiving. But what happens to human feeling in a completely commodified world? In The Post-Office Girl, Stefan Zweig, a deep analyst of the human passions, lays bare the private life of capitalism.Christine toils in a provincial post office in post--World War I Austria, a country gripped by unemployment. Out of the blue, a telegram arrives from Christine's rich American aunt inviting her to a resort in the Swiss Alps. Christine is immediately swept up into a world of inconceivable wealth and unleashed desire. She feels herself utterly transformed: nothing is impossible. But then, abruptly, her aunt cuts her loose. Christine returns to the post office, where yes, nothing will ever be the same.Christine meets Ferdinand, a bitter war veteran and disappointed architect, who works construction jobs when he can get them. They are drawn to each other, even as they are crushed by a sense of deprivation, of anger and shame. Work, politics, love, sex: everything is impossible for them. Life is meaningless, unless, through one desperate and decisive act, they can secretly remake their world from within.Cinderella meets Bonnie and Clyde in Zweig's haunting and hard-as-nails novel, completed during the 1930s, as he was driven by the Nazis into exile, but left unpublished at the time of his death. The Post-Office Girl, available here for the first time in English, transforms our image of a modern master's achievement.
Also in This Series 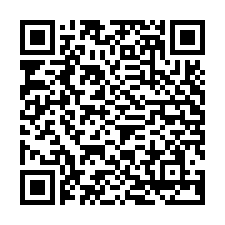