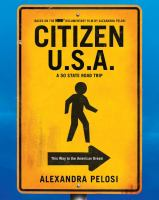 The official companion book to the brand new HBO(r) documentary

In the HBO(r) documentary tentatively titled Citizen USA, acclaimed filmmaker Alexandra Pelosi sets out on a road trip across America to attend naturalization ceremonies in all fifty states to meet brand-new citizens and find out why they chose America as their home. What she discovers is that America welcomes them all-the disabled, the cancer patients, homosexuals, Obama- haters, Christian missionaries, Muslim imams, Jewish rabbis, Buddhist monks, scientists with Ph.D.s (trying to find the cure for all the diseases that are plaguing us), tech giants in Silicon Valley, movie directors, race car drivers, and even a wrestler with his own action figure!

Whether these new Americans arrived here through online dating, adoption, political asylum, student and work visas, or by swimming the Rio Grande River (and remained long enough to be granted amnesty) they all came here to live the "American Dream." And even though they are no longer visitors, our newest citizens still look at America with an outsider's perspective; they hold up a mirror to show us how we look as a nation-and how much we take for granted. At a time when unemployment is at an all-time high, America's manufacturing base is eroding, the federal deficit is exploding, and the poverty rate is at seventeen percent, immigrants from every other country on earth still flock here because no matter how bad it gets here, it's still a heck of a lot better than most other places on earth. 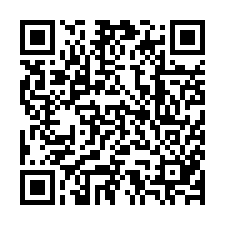