Powerful and lean, Eleven Days is an astonishing first novel full of suspense that addresses our most basic questions about war as it tells of the love between a mother and her son. When the story opens on May 11, 2011, Sara's son, Jason, has been missing for nine days from a Special Operations Forces mission on the same night as the Bin Laden raid. Smart, young, and bohemian, Sara had dreams of an Ivy League university for Jason that were not out of reach, followed by a job on the Hill where there were connections through his father. The events of 9/11 changed Jason's mind and Sara accepted that, steeping herself in all things military to better understand her son's days, while she works as a freelance editor for Washington policy makers and wonks. Now she knows nothing more about Jason's fate than the crowds of well-wishers and media camped out in the driveway in front of her small farmhouse in Chadds Ford, Pennsylvania, waiting to hear news. In a series of flashbacks we learn about Jason's dashing absentee father, a man who said he was a writer but whose career seemed to involve being in faraway places. And through letters Jason writes home from his training and early missions, we get a picture of a strong, compassionate leader who is wise beyond his years and modest about his abilities. Those exceptional abilities will give Jason the chance to participate in a wholly different level of assignment, the most important and dangerous of his career. At the end Sara will find herself on an unexpected journey full of surprise. This is a haunting narrative about a mother's bond with her son; about life choices; about the military, war, and service to one's country. Lea Carpenter, a dazzling new talent with the kind of strong and distinctive voice that comes along all too rarely, has given us a thrilling and unforgettable story. This eBook edition includes a Reading Group Guide. 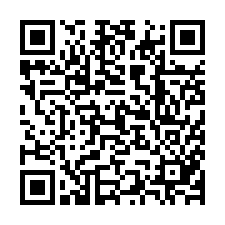