The final confession of... »

The final confession of Mabel Stark: a novel

Description
A "hilariously, touchingly . . . extravagantly entertaining" novel based on the life of America's greatest circus tiger tamer (The Boston Globe). In the 1920s, during the golden age of the big top, Mabel Stark was the superstar of the Ringling Brothers and Barnum & Bailey Circus, and one of America's most eccentric and unlikely celebrities. A tiny, curvaceous Kentucky blonde in a white leather bodysuit, Mabel was brazen, sexually adventurous, and, as the greatest tiger trainer in history. She was fearlessly courageous. That was then. This is now. It's 1968. Mabel is turning eighty and is about to lose her job at Jungleland, a Southern California game park. Devastated by the loss of her cats, she looks back on her life, her five marriages, her regrets, and her triumphs. From her time as a mental institution–escapee; the notorious belly dancer, Little Egypt; and a crowd-roaring success with her one true love—a 550-pound Bengal tiger named Rajah—Mabel delivers an audacious confession of dark secrets, broken dreams, and escapades both comic and tragic. In The Final Confession of Mabel Stark, Robert Hough resurrects the life of a formidably independent, proudly scarred, naughtily ribald, and totally unapologetic star in "one of the most rollicking, good-time books of the year" (USA Today). "Mabel Stark developed an act so original, so daring, so brave, that it puts all the stupid human tricks on today's reality shows to shame . . . a captivating portrait of a woman and a way of life that no longer exist." —The Pittsburgh Tribune-Review "Narrating with a saucy, bouncy verve, [Mabel Stark] recounts a life story that is one part John Irving, two parts blue movie." —Time Out New York
Also in This Series 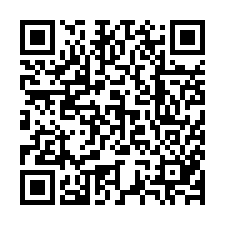