The "wisecracking California . . . PI with a poet's soul" returns to investigate a girl's past that just might be out this world (Booklist).

San Diego detective Rolly Waters's newest client has a common request: find out who her real her parents are. The client herself? Uncommon. Twenty years Rolly's junior, dance club DJ "Crazy" Macy Starr has glowing golden eyes, blonde dreads, tattoos, an attitude problem, and quite a story. Adopted onto a Native American Reservation, she bolted as a teen clutching a necklace engraved with a numeric code, a laminated photograph of her aunt, and a curious single-string instrument now sought after by a collector of alien artifacts.

The investigation is leading both of them from Macy's adoptive desert home to a hippie enclave near the Salton Sea to a band of UFO groupies and to the site on an unsolved mass murder that happened two decades before. Even if only part of what the increasingly unpredictable Macy says is true, she could be in danger. But how can Rolly solve the mysteries of this odd girl's past, if he can't even trust her? 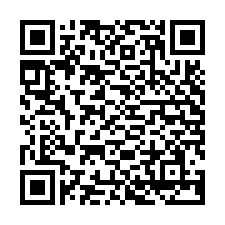