Curse of the kissing cousins »

Curse of the kissing cousins

Agatha award winner Toni L.P. Kelner introduces Tilda Harper, savvy celebrity reporter and sleuth to yesterday's stars in Curse of the Kissing Cousins, the dazzling first novel in the Where Are They Now? mystery series.

The cult classic sitcom, Kissing Cousins, lasted only a few seasons, but its cast is having an even harder time surviving. In the past three months, three Kissing Cousins costars have died under suspicious circumstances. Boston-based celebrity journalist, Tilda Harper, would say that's a wicked big coincidence.

As a freelance reporter for entertainment magazine Entertain Me!, Tilda already has good reason to investigate the deaths. But she's also a fan of the show, and if the killer's pattern holds, Tilda's favorite actress, Mercy Ashford, will be the next to die. Tilda wants to warn her, but Mercy has been off the air—and off the grid—for decades.

With the help of a super fanboy and a sexy bodyguard, Tilda must get to the bottom of the so-called Kissing Cousins' curse. Is the killer someone tied to the show? A deranged fan? Or could it be Mercy herself? One thing's certain: if Tilda doesn't solve this case soon, the only Kissing Cousins reunion she'll see...will be in the obituaries. 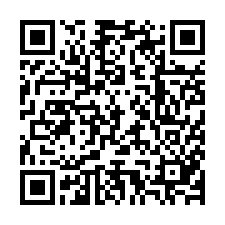