Alice Adams: portrait of a writer

Description
"Alice Adams: Portrait of a Writer has the heartbeat of one American woman's life in the twentieth century. It tells an intimate story of how Alice Adams-white, privileged, talented-endured a lonely childhood as a child in the racially distressed South and came of age during the Great Depression and World War II. Always a rebel in good-girl's clothing, Adams used her education, sexual and emotional curiosity, and uncompromising artistic ambition to break the strictures that bound women in the Fifties. Divorced with a child to raise, she worked at secretarial jobs for two decades before she could earn a living as a writer. Once celebrated as "America's Colette," Adams is now almost forgotten. With the same meticulous research and vivid storytelling she brought to Raymond Carver: A Writer's Life, Sklenicka's biography of Alice Adams connects the events of Adams's life to the events depicted in her stories. Sklenicka interviewed scores of Adams's friends and acquaintances and spent months, no years, with her letters and manuscripts. By delving into Adams's personal life, she shows how writing saved Adams from sorrows and how life served her writing. In Ploughshares, Jason Appel praised Sklenicka "one of the most astute literary critics of our time" for her weaving of "perceptive analysis of Carver's stories into her narrative of his life" and for her "even-handed presentation of the leading controversies in Carver scholarship." Though this biography never confuses fact and fiction, it allows them brighten and clarify one another"--
Also in This Series 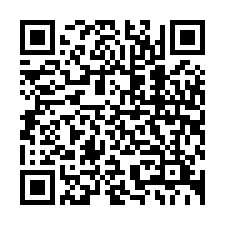